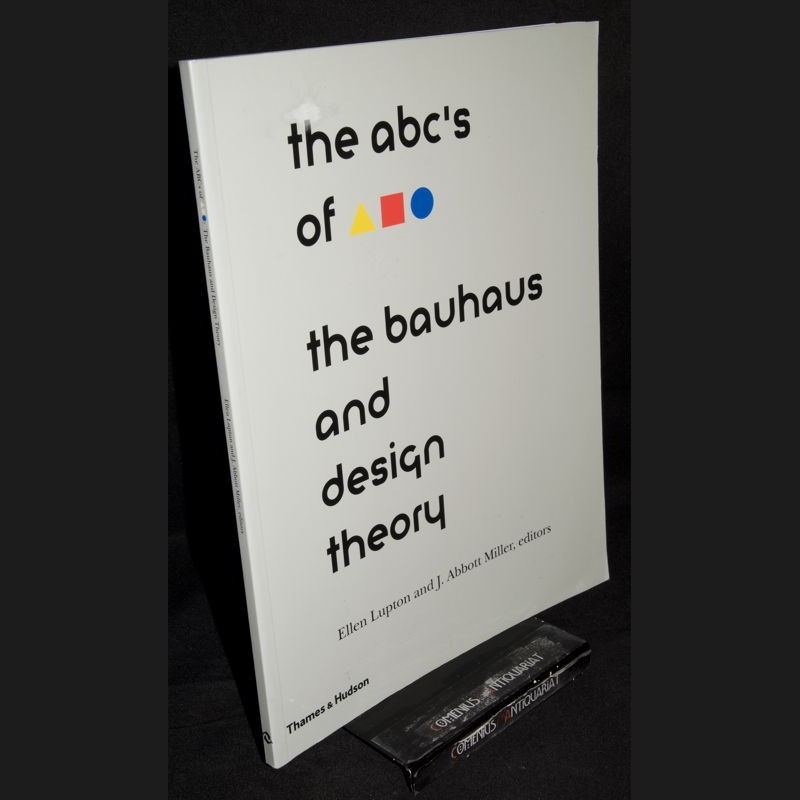 Description
Lupton, Ellen and J. Abbott Miller [ed.],
The ABCs of △□○ [triangle, square, circle]. The Bauhaus and design theory. London: Thames and Hudson, 1993. 63 Seiten mit Abbildungen. Kartoniert. 4to. * Vorderdeckel mit schwachem Fleck.
Bestell-Nr.153414 | ISBN: 0-500-27714-1Lupton Miller | Kunsttheorie | Bauhaus
The Bauhaus is the most widely known, discussed, imitated, dissected, exhibited phenomenon in modern design. Yet since the Second World War design education has lost sight of one of its most important legacies: the need to think about design in a theoretically self-conscious way. By re-examining Bauhaus ideas and encouraging critical thinking about the means and ends of design, this remarkable work provides the opportunity to reinvigorate today's graphics.

This book traces the origins and impact of the Bauhaus in relation to basic design, graphic design and typography. While the text is a challenging exploration of the Bauhaus's aims and achievements, the book itself is a manifesto of Bauhaus ideals, synthesizing editorial concept, typography and craftsmanship.

Essays by eminent contributors address various aspects of the Bauhaus, including its relationship to Weimar culture, Herbert Bayer's geometric type design called 'universal', and the implications of Kandinsky's celebrated attempt to establish fundamental laws of form and colour with his provocative 'triangle/square/circle' test. Illustrations include extensive samples of typographical design, instructional diagrams and symbols.

Designed by the editors in a manner that befits the aspirations of the Bauhaus, this extraordinary manual will be an inexhaustible fund of inspiration for design professionals and a revelation for all those interested in twentieth-century culture. Ellen Lupton is Curator of Contemporary Design at Cooper-Hewitt, National Museum of Design, New York.
J. Abbott Miller is principal of Design Writing Research, New York.
Product Details
153414
1 Item