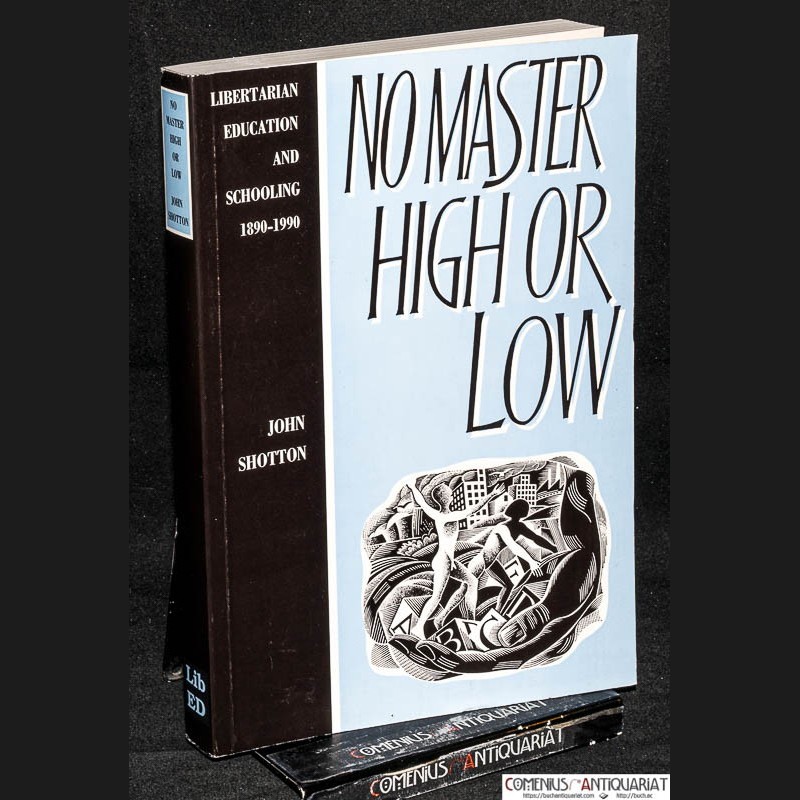 Shotton .:. No Master, High or Low

Description
Shotton, John,
No Master, High or Low. Libertarian Education and Schooling in Britain 1890 - 1990. London: Libertarian Education, 1993. viii, 291 Seiten mit Abbildungen, Literaturverzeichnis und Register. Broschur.
Bestell-Nr.156058 | ISBN: 0-9513997-3-XShotton | Anarchismus | Paedagogik | Libertaere Paedagogik
No Master High or Low
The search for genuine education is the theme of John Shotton's book. Its importance is that it surveys all the libertarian historical connections missing from standard histories of education: the buried history of libertarian working class schools, the progressive school movement of the 1920s and 1930s, the attempts in the 1960s and 1970s to introduce the lessons of the progressive experiments into the official school system and the 'free schools' of the same period which sprang up as alternatives.
He makes no claims that cannot be backed up by evidence and he looks specifically for the evidence provided by children rather than propagandists. He draws us into unexplored territory and reminds us that experiment is the oxygen of education. It dies without it. Many people would claim that this death has already happened but the 1990s provide a challenge for libertarians to keep the flame burning. John Shotton's book gives an insight into those who have faced this challenge before, at the same time ensuring that all those textbooks on the history of education have to be seen as conspiracies to conceal the really significant happenings. Colin Ward

John Shotton teaches in Warwickshire, and is a member of the Libertarian Education Collective.