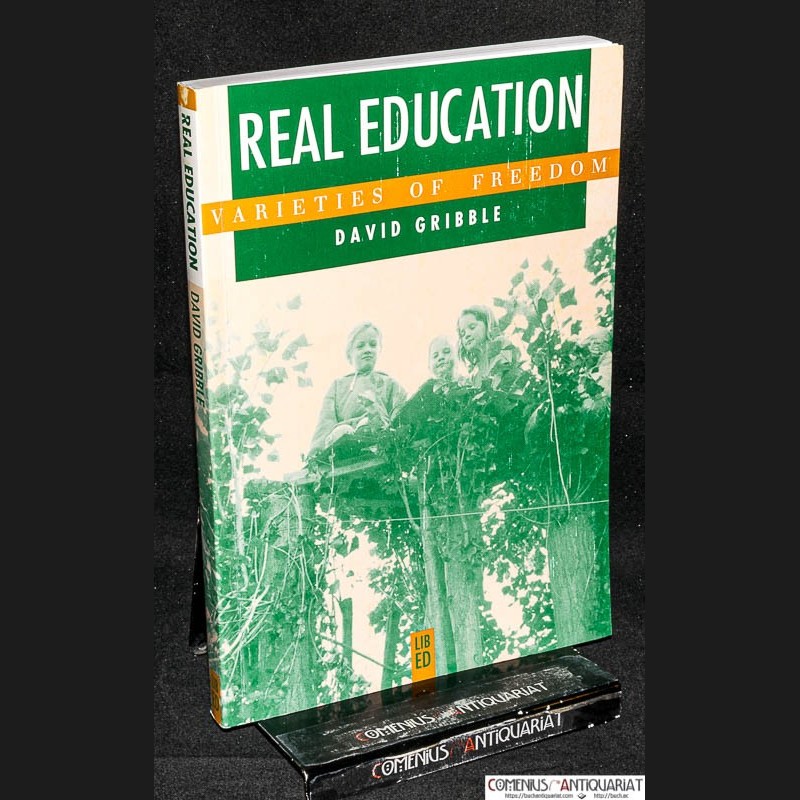 Description
Gribble, David,
Real Education. Varieties of freedom. London: Libertarian Education, 1998. 259 Seiten mit Abbildungen und Literaturverzeichnis. Broschur.
Bestell-Nr.156060 | ISBN: 0-9513997-5-6Gribble | Anarchismus | Paedagogik | Libertaere Paedagogik
Real Education describes schools in Britain, Ecuador, India, Israel, Japan, New Zealand, Switzerland and the USA. Students vary from the children of carefully selected fee-paying parents to educational rejects and children of families in extreme poverty. Locations include inner city Harlem, an Ashram in Delhi, an office block in Tokyo and an Alpine valley.
The variety is astonishing, yet each of these schools shows that children do better when they are allowed to think for themselves. From an educational point of view it is significant that this theme emerges from so many different cultures.
David Gribble's previous book, Considering Children, was described by Michael Young, originator of the Open University, as "the best book about progressive education since A.S. Neill and Curry". Nell Dunn, author of Up the Junction and Steaming, said "I wish I had had this book before my children went to their very first school. It's fascinating and I loved it."
In Real Education David provides evidence that discipline, curriculum and tests are irrelevant to a child's development and that the central issues are care, respect and freedom.

David Gribble has spent the last two years travelling the world visiting schools with a difference, each offering an education in which respect for the individual child is central.