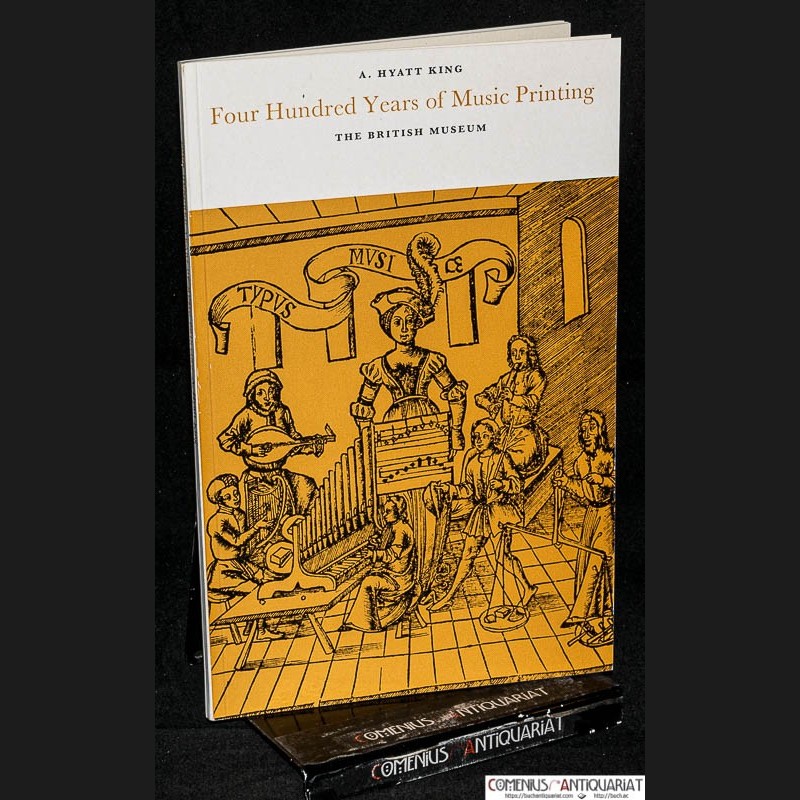 Beschreibung
King, Alec Hyatt,
Four hundred years of music printing. London: Published by the Trustees of the British Museum, 1964. 48 Seiten mit Abbildungen. Broschur. 94 g
Bestell-Nr.156345King | Musik | Verlagswesen | Druckgeschichte | Notendruck | Buchwesen Buchdruck
Preface
The art of printing books from movable type was invented by Johann Gutenberg at Strassburg c. 1436-39, perfected by him at Mainz in 1450-55, and spread during the 146os to the cities of northern and central Italy. From c. 1473 onwards, the main streams of music-printing rose, broadly speaking, in the same parts of Europe and flowed thence throughout the western world.
In this booklet I have described how the four chief processes —printing from movable type, from blocks of wood or metal, from engraved plates and by lithography — gradually developed in relation to the art of music itself. I have outlined their evolution and use down to the introduction of machine-printing in the later part of the nineteenth century. My account is mostly restricted to countries in or near the main stream — Germany, Italy, France, England and the Netherlands. I have also mentioned the principal landmarks of music-printing in the Americas. Because this booklet is intended primarily for English readers, I have given some prominence to developments in England.
Music Room
The British Museum
A. HYATT KING
Artikeldetails
156345
1 Artikel