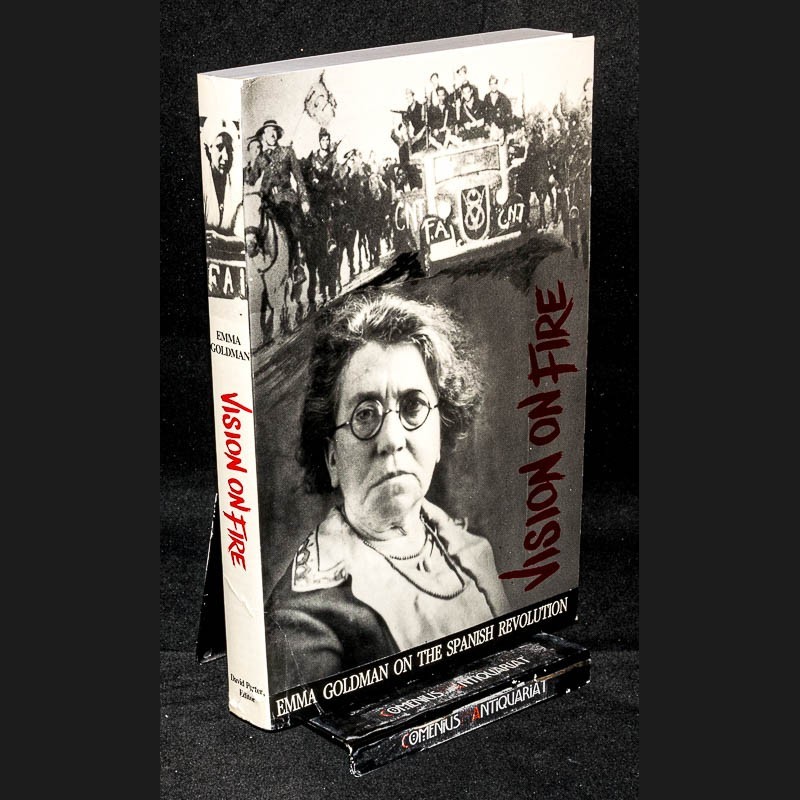 Vision on Fire is a carefully chosen collection of Emma Goldman's most significant, yet largely unpublished writings from the tumultuous final four years of her life. It is a powerful sequel to Living My Life, her wellknown autobiography completed in 1931. Frankly revealed are her struggle with the deep contradictions of the Spanish revolution of the late 1930's, her efforts to maintain personal integrity and vision within the heat of passionate activist involvement. Sexism, violence, a hostile international context, Leftist "vanguards," common front strategies, creating the new society, and movement organization — all are basic political issues Goldman faced in Spain. Each of them still confronts those today who seek to achieve new antiauthoritarian alternatives.

"Anyone interested in the history of the Left in the 20th century, anyone sensitive to the terrible drama of the Spanish Revolution, anyone who responds to the trenchant charm of Emma Goldman's mind will welcome David Porter's book."
—Ursula Le Guin

"Vision on Fire is a historical treasure, in which nuggets of personal and political comment in Emma Goldman's letters are interspersed with Porter's rich background notes. I found the book fascinating for what it reveals, not only about Emma Goldman and the ideas of anarchism, but also about the Spanish Revolution, and the lives of so many extraordinary individuals who participated at that time in the worldwide struggle for justice."
—Howard Zinn

"Emma Goldman's involvement in the Spanish Revolution was a fitting culmination to an extraordinary life. David Porter has assembled an invaluable sourcebook on this important phase of Emma Goldman's' life and thought that until now has been badly neglected."
—Alix Kates Shulman

"Emma Goldman described the efforts of Spanish workers and peasants to build and defend an anarchist society With almost bare hands and every hindrance in their way'as an inspiration one cannot easily forget.' It is a rare and intensely moving experience to witness, through her eves, their constructive achievements and their travail, caught between the Fascist hammer and the Communist anvil, ignored or vilified by Western progressives.' In the material he has found and presented, and in his own informative and insightful commentary, David Porter has made a very significant contribution to the neverending struggle for freedom and justice."
—Noam Chomsky
Artikeldetails
157236
2 Artikel